Shigeru was an artist who operated during the period of the Japanese Empire (1868-1947). Although remaining enigmatic, Nakabori Shigeru was, in all probability, one of the thousands of Japanese civilians who heeded the call to populate and, in some cases to ‘civilize’, the disparate and growing Empire, which by the time that the sketchbook was completed in late 1932/early 1933, included Formosa (Taiwan), Chōsen (Korea), Manchukuo (Manchuria), and parts of Northern China.

Shigeru's carnet croquis, or commonplace book, filled with pen-and-ink drawings, depicts the ambivalences of expatriate life in Japan. The carnet croquis exhibits a miscellany of artworks, each providing viewers with an unusual and refreshing perspective on Japanese imperialism in contrast to the almost ubiquitous military and official records that have served researchers as the exemplar subjects for historical studies on the period.

Shigeru’s age, family background, and fate may not be known, but he left a pictorial record that powerfully records his attempt to visually negotiate and mediate his experience. A diary in pictures. One suspects, though it is only a suspicion, that that he was a trained commercial artist. There can be no doubt, however, that he was highly competent and accomplished, leaning towards the graphic end of the visual arts at a time when it was burgeoning back in Japan, with artists such as Sugiura Hisui (1876-1965) and Hatsuyama Shigeru (1897-1973) leading the way. All the images in the substantial portfolio are executed in pen-and-ink, except the occasional mixed-media piece which incorporate cut outs from magazines and newspapers. Assuming a production span of no longer than a year, all the evidence suggests that it was produced between late 1932 and early 1933, a key period in the expansion of the Japanese Empire, when a decade of economic, political, and cultural expansion metastasized into nationalistic and military conviction, resulting in the appalling events which characterised the lead up to WWII.

This object has been contributed to the CIRN collection by Professor Peter Robinson via the Shadowlands Archive.
Japanese to English translations were completed by Professor Watanabe Aiko.

Copyright for all images is retained by the Shadowlands Archive, and reproduction without permission is strictly prohibited. 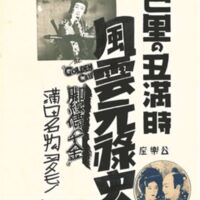 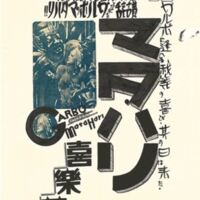 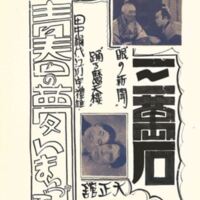 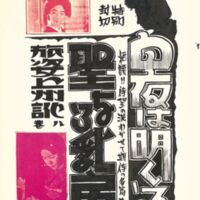 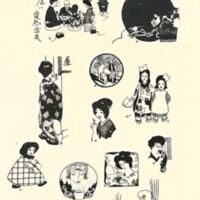 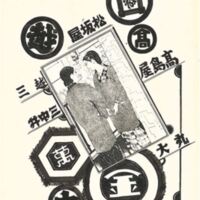 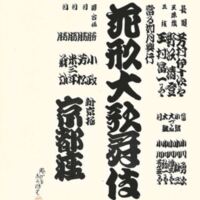 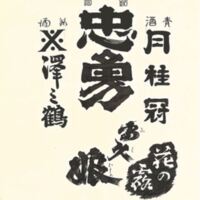 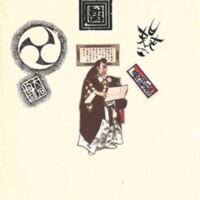 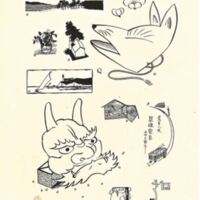